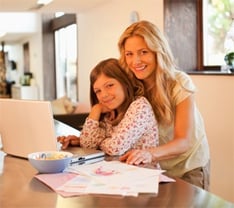 There are several types of speech and language disorders that appear to be closely tied with genetics.

Advancements in medical and scientific research reveal that you can inherit susceptibility to speech and language disorders, just like you might inherit increased risks for diabetes or other medical conditions.

Understanding family medical history can help you make better decisions about preventative care and speech therapy. When completing health forms, keep in mind that even though “speech disorder” might not be listed, there may be genetic tendencies in your family. Talk with the doctor about other related health issues that may be genetic.  Some early genetic findings related to communication include ties to disorders such as Autism or Fragile X Syndrome.

All speech-language pathologists are trained in general knowledge regarding genetics, syndromes, and disorders. Ask the speech language pathologist if they are familiar with the most recent research if you have questions about a particular diagnosis. It can be challenging for clinical SLPs to find, access, and keep abreast of this literature, but they can work with you to ensure therapy is effective and evidence-based.