What is Dyslexia and How is It Treated? 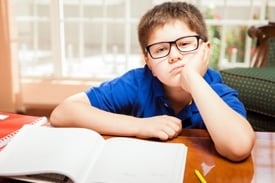 Dyslexia is a specific learning disability that is neurological in origin. It is characterized by difficulties with accurate and/or fluent word recognition and by poor spelling and decoding abilities. These difficulties typically result from a deficit in the phonological component of language that is often unexpected in relation to other cognitive abilities and the provision of effective classroom instruction. Secondary consequences may include problems in reading comprehension and reduced reading experience that can impede growth of vocabulary and background knowledge.

END_OF_DOCUMENT_TOKEN_TO_BE_REPLACED

10 Tips for Parents of Children Who Have Just Started Talking

END_OF_DOCUMENT_TOKEN_TO_BE_REPLACED

What is Language - and How Does It Develop?

Language is the basis for all learning. Children first learn to communicate through eye contact, crying, vocalizing and gesturing. As they grow, they learn the language around them. Children then learn about their world through language by talking, playing and reading; parents and teachers use various forms of language to help children learn. Later, children learn about language as they grow older.

END_OF_DOCUMENT_TOKEN_TO_BE_REPLACED

Sometimes, despite what speech therapy can offer and how hard you may try to improve or regain your verbal communication skills, you may need to consider other options. Modern technological advances have brought about many improvements in devices that can supplement or augment your communication skills. There are simple items and more sophisticated computerized tools as well. These tools are referred to collectively as Augmentative/Alternative Communication (AAC) devices. Some devices speak for you and are called speech-generating devices (SGD).

END_OF_DOCUMENT_TOKEN_TO_BE_REPLACED

Top 10 Tips for a Healthy Voice

Voice Problems and How to Improve Them

Phonation refers to the production of voice. Each person’s voice is unique to him or her. Our voices are as identifiable as a fingerprint. The first voiced sound we often hear from an infant is a cry. Generally, in infancy, cries can be differentiated and parents learn the meanings of different cries for hunger, pain/discomfort, etc. As infants grow, they begin to coo, exploring the use of their voices and learning what sounds they can make. Eventually, by listening to others and decoding the language around them, they begin to shape their voices by producing various vowels and consonants that initially make up babble and “baby-talk” and later become real words. Find our speech development chart for children ages 0-5 years here.

When the airway is compromised or obstructed, a child may not be able to produce voice (phonate). Oftentimes, these problems require surgery. This is also true of problems with the larynx itself. Vocal fold paralysis accounts for 10 percent of all laryngeal problems. One or both vocal folds can be paralyzed. This paralysis is typically the result of damage or lesion to the nerves that stimulate the muscles of the larynx to move and is considered a problem of the central nervous system. Unilateral (one-sided) vocal fold paralysis can sometimes be managed with surgery. There are also devices that can be used to generate sound when the vocal folds cannot.

Children sometimes develop problems with voice without any type of physical or neurological problems. Like adults, children can develop vocal nodules (small bumps on the vocal folds) that make the voice hoarse or breathy. Misusing the voice by talking in an unnatural manner, screaming harshly or making certain noises such as truck and car sounds can lead to changes in voice quality. This in turn can affect how easy or difficult it is to understand what the child says.

END_OF_DOCUMENT_TOKEN_TO_BE_REPLACED

What to Look for at Various Ages

END_OF_DOCUMENT_TOKEN_TO_BE_REPLACED

Signs and symptoms of a language-learning disability 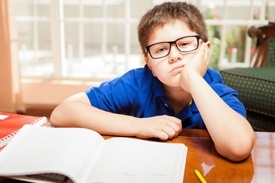 If your child has difficulty with any of the listed signs and symptoms, a language learning evaluation conducted by a speech-language pathologist SLP) is recommended.